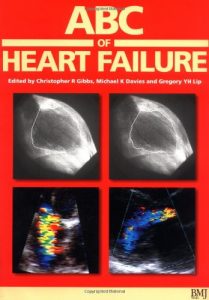 Descriptions of heart failure exist from ancient Egypt, Greece,
and India, and the Romans were known to use the foxglove as
medicine. Little understanding of the nature of the condition
can have existed until William Harvey described the circulation
in 1628. Röntgen’s discovery of x rays and Einthoven’s
development of electrocardiography in the 1890s led to
improvements in the investigation of heart failure. The advent
of echocardiography, cardiac catheterisation, and nuclear
medicine have since improved the diagnosis and investigation
of patients with heart failure.
Blood letting and leeches were used for centuries, and
William Withering published his account of the benefits of
digitalis in 1785. In the 19th and early 20th centuries, heart
failure associated with fluid retention was treated with Southey’s
tubes, which were inserted into oedematous peripheries,
allowing some drainage of fluid.